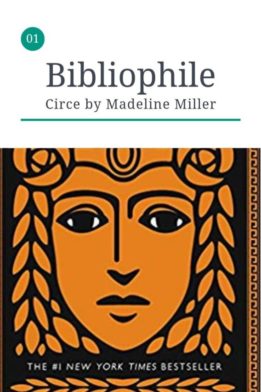 Circe is the daughter of Helios, God of the Sun and Perse, an Oceanic nymph. Despite her divine nature she lacks the good looks and the skills her three younger siblings possess, which makes her constantly ridiculed amongst the other gods. Having no friends within the godly community she meets and befriends a mortal by complete accident. When her feelings grow romantic she realizes that his mortality will condemn him to aging and later death. In her despair she becomes acquainted with the peculiar art of potion making and discovers her own unique kind of power…

Circe is such a wonderfully crafted character. Despite being a goddess and having her own kind of divine power she is still lacking compared to her siblings, both in power and appearance.

As a child she faced the scrutiny of the other gods for those “ imperfections ” and sought her father’s love and approval in order to feel important.

After she discovers her power (and along with that the ability to bend others to her will), she is ostracized and exiled in a deserted island for that with only nature and a wild lioness as companions (the latter of which she created herself with her potions).

Circe’s loneliness along with her need to feel loved are deeply human conditions which add to the depth of her character, making her realistic. Also, the need to protect herself and her loved ones from danger with every possible cost is a pattern which is often seen, especially after her exile in Aeaea.

Circe, in contrast to other immortals, is curious about the mortal world and comes to respect it after she meets and befriends many great personalities, such as Daedalus.

Her inexperience with mortal childcare was a nice touch that showed how peculiar motherhood was for Circe at the beginning  but after getting used to it she came to love her son deeply and do everything in her power to protect him from harm.

All those complex feelings and conditions shaped Circe’s personality so much that made a powerful and immortal nymph look and behave like a mortal woman, without stealing her divinity away.

Circe, as with every book that wants to influence the reader, has a number of topics which are dealt with.

One of the most important is about power: what’s the meaning of it, how it is obtained and the consequences it has on people’s relationships.

Morality is also put into question by the actions of the various characters as well as how the need of self-protection can shape someone’s morals.

Loneliness and independence are also important themes which are shown throughout Circe’s life and especially during her exile.

Last but definitely not least is the realistic reference to the difficulties of single motherhood (even for a goddess) and raising a kid all by yourself.

Having a knack for Greek Mythology it was easy to pick this book up expecting a light read with reference to my favorite childhood stories. I was pleasantly surprised however to find a book with a unique female protagonist, versatile themes and homage to other myths I didn’t expect to read. All in all, a great book to read if you are fascinated by Greek myths or looking for a female protagonist who isn’t fawning over a love interest and instead takes control of her life dispute the difficulty of the circumstances. 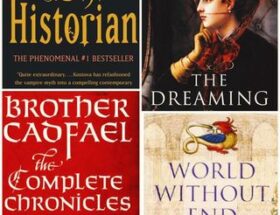 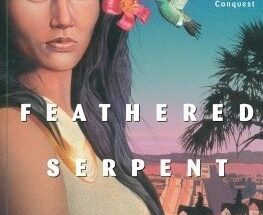