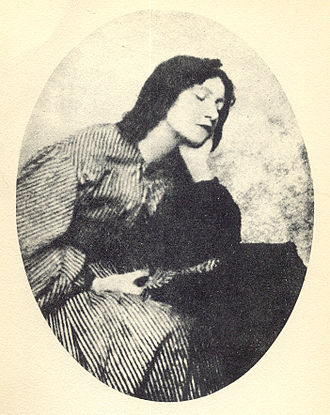 Elizabeth Eleanor Siddall was born on 25 July 1829, at the family’s home at 7 Charles Street, Hatton Garden. Her parents were Charles Crooke Siddall and Elizabeth Eleanor Evans, from a family of English and Welsh descent. She had two older siblings, Ann and Charles Robert.

At the time of her birth, her father had a cutlery-making business, but around 1831, her family moved to the borough of Southwark, in south London, a less salubrious area than Hatton Garden. The rest of Siddall’s siblings were born in Southwark: Lydia, to whom she was particularly close, Mary, Clara, James and Henry.

Although there is no record of Elizabeth Siddall having attended school, she could read and write, presumably having been taught by her parents. She developed a love of poetry at a young age, after discovering a poem by Tennyson, which served as inspiration to start writing her own poems.

Elizabeth showed her own drawings to Walter Deverell’s father in 1849, while she was working at a dressmakers and millinery shop in Cranbourne Alley, London. Deverell’s father suggested that she should model for Walter. She was subsequently employed as a model by Walter and through him was introduced to the Pre-Raphaelites.

Though she was later touted for her beauty, Elizabeth was originally chosen as a model because of her plainness. At the time, Deverell was working on a large oil painting depicting a scene from Twelfth Night, showing Orsino, Feste, and Viola as Cesario. He based his Orsino on himself, Feste on his friend Dante Rossetti and Viola on Elizabeth. This was the first painting for which she sat.

While posing for Millais’s Ophelia in 1852, Elizabeth floated in a bathtub full of water to represent the drowning Ophelia. Millais painted daily through the winter, putting oil lamps under the tub to warm the water. On one occasion the lamps went out and the water became icy cold. Millais, absorbed by his painting, did not notice and Elizabeth did not complain.

After this she became very ill with a severe cold or pneumonia. Her father held Millais responsible and, under the threat of legal action, Millais paid her doctor’s bills.

Elizabeth Siddall was the primary model and muse for Dante Gabriel Rossetti throughout most of his youth. Dante met her in 1849, when she was modelling for Deverell. By 1851, she was sitting for him and he began to paint her to the exclusion of almost all other models. He also stopped her from modelling for the other Pre-Raphaelites.

In 1852, Elizabeth began to study with Dante Gabriel Rossetti. She also painted a self-portrait, which differs from the idealised beauty portrayed by the Pre-Raphaelites. In 1855, art critic John Ruskin began to subsidise her career and paid £150 per year in exchange for all the drawings and paintings she produced.

She produced many sketches, drawings, and watercolours as well as one oil painting. Her sketches are laid out in a fashion similar to Pre-Raphaelite compositions illustrating Arthurian legend and other idealized medieval themes, and she exhibited with the Pre-Raphaelites at the summer exhibition at Russell Place in 1857.

During this period Elizabeth also began to write poetry, often with dark themes about lost love or the impossibility of true love. Both Dante Gabriel Rossetti and Ford Madox Brown supported and admired her work.

Her verses were as simple and moving as ancient ballads; her drawings were as genuine in their medieval spirit as much more highly finished and competent works of Pre-Raphaelite art.

Elizabeth and Dante Gabriel Rossetti married on Wednesday, 23 May 1860 at St. Clement’s Church in the seaside town of Hastings. There were no family or friends present, just a couple of witnesses whom they had asked in Hastings.

Beginning in 1853 with a watercolour The First Anniversary of the Death of Beatrice, Elizabeth sat for many of Dante’s works. After this work, he used Elizabeth in other Dante-related pieces, including Dante’s Vision of Rachel and Leah (1855), Beatrice Meeting Dante at a Marriage Feast, Denies him her Salutation (1851), and Beata Beatrix (1864–1870), which he painted as a memorial after her death and is among his best known works from her.

When the two moved in together they became increasingly anti-social and absorbed in each other’s affections. The lovers coined affectionate nicknames for one another, which included “Guggums” or “Gug” and “Dove” – one of Dante’s names for Elizabeth. He also changed the spelling of her name to Siddal, dropping the second ‘l’.

Elizabeth was repeatedly idealized in Rossetti’s sketches, most of which he entitled simply “Elizabeth Siddal.” In these sketches, she was portrayed as a woman of leisure, class, and beauty, often situated in comfortable settings. Rossetti’s poem A Last Confession exemplifies his love for her, whom he personifies as the heroine with eyes “as of the sea and sky on a grey day.”

Another famous portrait of Elizabeth produced by Dante Gabriel towards the end of their marriage was Regina Cordium or The Queen of Hearts (1860). Painted as a marriage portrait, this painting shows a close-up, vibrantly coloured depiction of her.

As Elizabeth came from a working-class family, Dante Gabriel feared introducing her to his parents. Elizabeth was the victim of harsh criticism from his sisters. Knowledge that his family would not approve the marriage contributed to Dante putting it off.

Elizabeth appears to have believed, with some justification, that Dante Gabriel was always seeking to replace her with a younger muse, which contributed to her later depressive periods and illness.

Elizabeth travelled to Paris and Nice for several years for her health. At the time of her wedding, she was so frail and ill that she had to be carried to the church, despite it being a five-minute walk from where she was staying. It was thought that she suffered from tuberculosis, but some historians believe an intestinal disorder was more likely.

She became severely depressed and her long illness gave her access to laudanum to which she became addicted. In 1861, Elizabeth became pregnant, which ended with the birth of a stillborn daughter. The death of her child left her with a post-partum depression. She became pregnant for a second time in late 1861.

Elizabeth overdosed on laudanum in February 1862. Dante discovered her unconscious and lying in bed after having had dinner with her and his friend Algernon Charles Swinburne. After having taken Elizabeth home, Dante attended his usual teaching job at the Working Men’s College.

Once he returned home from teaching, Dante found Elizabeth unconscious and was unable to revive her. The first doctor Dante called claimed to be unable to save her, upon which he sent for another three doctors. A stomach pump was used, but to no avail.

Elizabeth died at 7.20 a.m. on 11 February 1862 at their home at 14 Chatham Place. Although her death was ruled accidental by the coroner, there are suggestions that Dante found a suicide note, with the words “Please look after Harry” (her invalid brother, who may have had a slight intellectual disability), supposedly pinned … on the breast of her night-shirt.

Consumed with grief and guilt Rossetti went to see Ford Madox Brown who is supposed to have instructed him to burn the note, since suicide was illegal and would have brought scandal on the family and barred Elizabeth from a Christian burial.

Elizabeth Siddal was buried with her father-in-law Gabriele on the 17th February in the Rossetti family grave in the west side of Highgate Cemetery.

Seven years after his wife’s death, Dante Gabriel Rossetti published a collection of sonnets entitled The House of Life. Contained within it was the poem, “Without Her”, which is a reflection on life once love has departed:

What of her glass without her? The blank grey
There where the pool is blind of the moon’s face.
Her dress without her? The tossed empty space
Of cloud-rack whence the moon has passed away.
Her paths without her? Day’s appointed sway
Usurped by desolate night. Her pillowed place
Without her? Tears, ah me! For love’s good grace,
And cold forgetfulness of night or day.

What of the heart without her? Nay, poor heart,
Of thee what word remains ere speech be still?
A wayfarer by barren ways and chill,
Steep ways and weary, without her thou art,
Where the long cloud, the long wood’s counterpart,
Sheds doubled up darkness up the labouring hill.

Without Her (The House of Life) 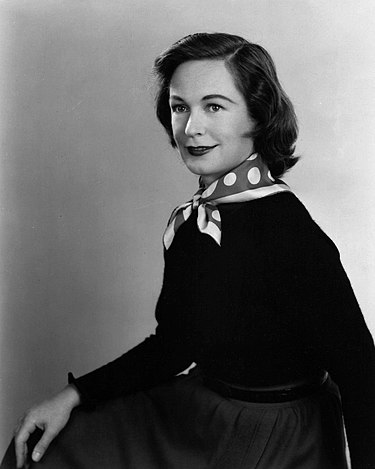 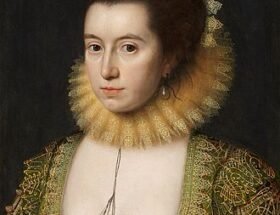