Estelle Brody was born on 15 August 1900 in New York City. Her parents were Joseph Brody and Elizabeth Vishniff, both Russian Jewish immigrants. Joseph Brody was a composer who wrote prolifically for the Yiddish theatre as well as the teacher of George Gershwin in the 1910s. Three siblings followed: Phillip (1902), Harris (1905) and Murray (1909)

Estelle began her career as a dancer in vaudeville. After working for some time as part of a touring troupe travelling round the U.S., she moved to England in the 1920s, finding work in West End theatres. Although Estelle had no previous acting experience, her vivaciousness was spotted by film director Thomas Bentley, who offered her a supporting role in his 1926 film White Heat.

She then immediately landed the lead role for Maurice Elvey in Mademoiselle from Armentieres, set in France during World War I. This turned out to be a huge popular success, running in British cinemas for several months and becoming reportedly the highest-grossing British-made film of 1926.

To Estelle‘s great surprise, she found herself acclaimed as a new star by the British media. At the time there was a general feeling, both from critics and audiences, of dissatisfaction with what was seen as excessive American influence on British film-making. To pre-empt this, publicity material falsely claimed Estelle to be a Canadian citizen. This was accepted as fact, and the misapprehension would persist throughout her career.

Estelle spent the remainder of the 1920s starring in a number of high-profile productions which earned her critical and popular acclaim as a natural in front of the camera. Reflecting on this period in later life, Estelle commented: “Apparently my work went over well. Beyond my wildest dreams”.

Her most enduring performance is generally considered to be in 1927’s Hindle Wakes, again for Elvey. This was the second silent version of the famous and controversial in its time stage play by Stanley Houghton, which received an appropriate budget for a prestige production.

In 1929, Estelle had just finished work on the silent film Kitty, when director Victor Saville decided to reshoot the second half of the film with sound.

As the British studio lacked the necessary facilities, Estelle and her co-star John Stuart were despatched to New York where the scenes were shot at RKO Studios.

Estelle was put in the odd situation of being in the city of her birth but having to disguise her native accent in order to sound like a London girl.

Returning from New York, Estelle found the British film industry in a state of flux and uncertainty on the cusp of the transition from silents to talkies. Her voice was not considered desirable by British producers at the time, which heightened her anxiety about the situation.

When no new film offers were immediately forthcoming, she made the decision to try her luck in Hollywood. She later acknowledged that this had been a major mistake, due to a large number of her British fans accusing her of betrayal and American directors not acknowledging her status in Britain.

The few offers made were not the kind of roles she wished to play, which ultimately resulted in her only appearing as support in two films, in which her characters were billed as “Girl from Kokomo” and “Prisoner”.

Disillusioned with her Hollywood experiences, Estelle returned to England in the mid-1930s but did not seek to resurrect her British career. She married Robert Fenn, an agent representing actors and film composers, and settled into a private life out of the spotlight.

Estelle finally returned to the screen in 1949 with a minor role in I Was a Male War Bride and for the next decade made sporadic film appearances, with her last film credit coming in Never Take Sweets from a Stranger in 1960. During the 1950s and early 1960s she also appeared occasionally in TV productions.

In 1969, Estelle and Robert Fenn relocated to Malta, where they spent the remainder of their lives. 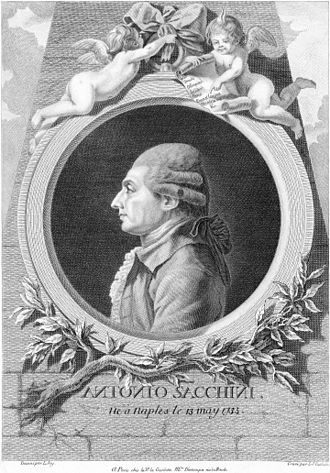