Sputnik 2 was the second spacecraft launched into Earth orbit and was the first biological spacecraft of it’s kind. A 4 meter high cone-shaped capsule with a base diameter of 2 meters it contained several compartments for radio transmitters, a telemetry system, a programming unit, a regeneration and temperature control system for the cabin, and several scientific instruments. A separate sealed cabin contained the experimental dog Laika. Engineering and biological data were transmitted using the Tral_D telemetry system, which would transmit data to Earth for 15 minutes of each orbit. Two spectrophotometers were on board for measuring solar radiation (ultraviolet and x-ray emissions) and cosmic rays. A television camera was mounted in the passenger compartment to observe Laika. The camera could transmit 100-line video frames at 10 frames/second.

Sputnik 2’s launch vehicle had several modifications for the mission. These included modifying the launch trajectory to utilize propellant more efficiently and removing some flight control components to reduce weight. In addition, the core stage would be burned to propellant depletion instead of cutting off at a preset time. The telemetry system at engine cutoff would be switched from monitoring the booster’s parameters to those of the capsule. It was also designed to only transmit data for ten minutes at a time every 90 minutes, so as to prevent battery power from being used up sending data while the spacecraft was out of range of Soviet tracking stations. The interstage section between the booster and capsule was highly polished and equipped with thermal blankets so as to reflect off sunlight and keep the latter cool while several deployable reflectors were mounted on the core stage. A braking nozzle was added to the core stage to prevent it from tumbling in orbit; this would work by venting excess helium gas from the propellant tank pressurization system. Several RD-107 engines were test-fired with the best-performing units being selected for use on Sputnik 2’s booster. The launch vehicle arrived at Baikonur on October 22, along with various parts of the capsule. On November 1, the booster was erected on LC-1.

Liftoff took place at about 5:30 PM Moscow time on November 3. Booster performance was nominal and the command to terminate core stage thrust was issued at T+297 seconds, just as onboard sensors detected LOX depletion. The booster and capsule entered a 225 km × 1,671 km (140 mi × 1,038 mi) orbit at a 65 degree inclination.

After reaching orbit the nose cone was jettisoned successfully but the Blok A core did not separate as planned. This inhibited the operation of the thermal control system. Additionally some of the thermal insulation tore loose so the interior temperatures reached 40 C.

The first living being to orbit the Earth was a female part-Samoyed terrier originally named Kudryavka (Little Curly) but later renamed Laika (Barker). Her weight was about 6 kg. The pressurized cabin on Sputnik 2 allowed enough room for her to lie down or stand and was p. An air regeneration system provided oxygen while food and water were dispensed in a gelatinized form. Laika was fitted with a harness, a bag to collect waste, and electrodes to monitor vital signs. The early telemetry indicated Laika was agitated but still eating her food. There was no capability of a payload returning safely to Earth at this time, so it was planned that Laika would run out of oxygen after about 10 days of orbiting the Earth. Because of the thermal problems she probably only survived a day or two. The mission provided scientists with the first data on the behavior of a living organism orbiting in the space environment.

The day after Sputnik 2 went into orbit the Gaither commitee met with President Eisenhower to brief him on the current situation. The committee like much of the U.S. population seemed to be in a panic, afraid they were falling so far behind the Soviets technologically that it would put them in danger of a snuclear weapon strike.

Unlike them, President Eisenhower kept calm through the time afterward just as he did after the launch of Sputnik 1.

In the U.S.S.R., six days after the launch of Sputnik 2 (and on the 40th anniversary of the October revolution) Khrushchev boasted during his speech:

Now our first Sputnik is not lonely in its space travels

Sputnik 2 reentered the Earth’s atmosphere on 14 April 1958 after 162 days in orbit and on a line that stretched from New York to the Amazon. Sputnik was said to be glowing and did not develop a tail until it was at latitudes south of 20 degrees North. The average length of the tail is estimated at about 50 nautical miles (93 km; 58 mi). The satellite subsequently burned up in the atmosphere. 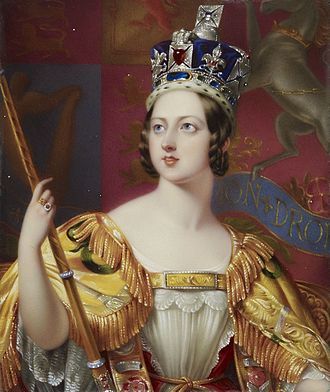 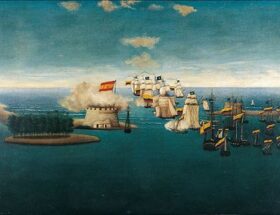