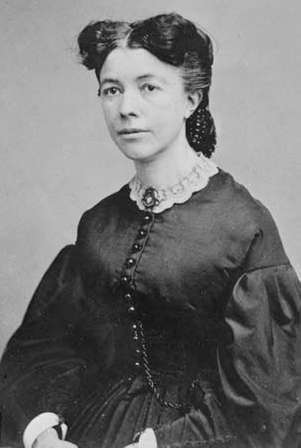 Mary Louise Booth was born in Millville, New York, on April 19, 1831. Her parents were William Chatfield Booth and Nancy Monswell. She also had a sister and two brothers, the younger of the two being Colonel Charles A. Booth, who later spent twenty years in the army.

Mary’s mother was of French descent, while her father was descended from an early settler, John Booth, who came to the United States in 1649, a kinsman of English politician Sir George Booth.

Mary was characterized as a precocious child, so much so that, on being asked, she once confessed she had no more recollection of learning to read either French or English than of learning to talk. As soon as she could walk, her mother said, Mary was following her about, book in hand, begging to be taught to read stories for herself.

Before she was five years old, she had finished reading the Bible. She also read Plutarch at a young age, and at age seven, had mastered Racine in the original language, upon which she began the study of Latin with her father. From that time onward, she was an indefatigable reader, devoted to books rather than play. Before her eleventh birthday, she had acquainted herself with Hume, Gibbon, Alison, and similar writers.

At this point, Mary was sent away to school. Her parents took all possible pains with her education, and her physical strength was sufficient to carry her through an uninterrupted course in different academies and a series of lessons with masters at home. She cared more for languages and natural sciences, in which she was very proficient, than for most other studies, and took no special pleasure in mathematics.

At school, Mary learned less than she did by herself. She was only a tiny child when she taught herself French, having come across a French primer. She became interested in spelling out the French words and comparing them with the English ones and continued to study in this way. Later, she acquired German in the same manner. Being self-taught, and not hearing either language, she never learned to speak them but made herself so proficient in them in later years that she could translate almost any book from either German or French, reading them aloud in English.

When Mary was about thirteen years of age, the family moved to Brooklyn, New York, and there her father organized the first public school that was established in that city. Mary helped her father teach at school. He could never quite bring himself to believe that she was capable of her own financial support, and always insisted upon giving her generous gifts.

In 1845 and 1846, she taught in her father’s school in Williamsburg, New York, but gave up that pursuit on account of her health, and devoted herself to literature.

As Mary grew older, her determination to make literature her profession became very strong. As she was the oldest of four children, her father did not feel that it would be fair to the others to give her more than her just proportion of aid, since the others might also, in time, require assistance.

Consequently, when she was eighteen years old, she decided that it was necessary for her work that she should be in New York as she could not depend entirely upon her father.

A friend who was a vest-maker offered to teach Mary the trade and this enabled her to carry out her plan of going to New York. She took a small room in the city and went home only for Sundays, as the communication between Williamsburg and New York was very slow in those days and the journey could not be made in less than three hours. Two rooms were always kept ready for her in her parents’ house. But her family felt so little sympathy in her literary work that she rarely mentioned it at home.

Mary wrote tales and sketches for newspapers and magazines. She translated from the French The Marble-Worker’s Manual (New York, 1856) and The Clock and Watch Maker’s Manual. She translated Joseph Méry‘s André Chénier and Edmond François Valentin About‘s The King of the Mountains for Emerson’s Magazine, which also published Mary’s original articles.

She next translated Victor Cousin‘s Secret History of the French Court: or, Life and Times of Madame de Chevreuse (1859). That same year, the first edition of her History of the City of New York appeared, which was the result of great research and became her prized possession. Next, she assisted Orlando Williams Wight in making a series of translations of the French classics, as well as translating About‘s Germaine (Boston, 1860).

A friend had suggested to Mary that no complete history of New York City had ever been written and that it might be well to prepare such a one for the use of schools. She began the undertaking and after some years finished a draft which, on the request of a publisher, became the basis of a more important work upon the same subject.

During her work, Mary had full access to libraries and archives. Washington Irving sent her a letter of cordial encouragement and D. T. Valentine, Henry B. Dawson, William John Davis, Edmund Bailey O’Callaghan, and numerous others provided her with documents and assistance.

“My Dear Miss Booth,” wrote historian Benson John Lossing, “the citizens of New York owe you a debt of gratitude for this popular story of the life of the great metropolis, containing so many important facts in its history, and included in one volume accessible to all. I congratulate you on the completeness of the task and the admirable manner in which it has been performed.”

Mary’s history of New York City appeared in one large volume. It was so well-received that the publisher proposed Mary should go abroad and write popular histories of the great European capitals, London, Paris, Berlin, and Vienna.

Though the future appeared bright for Mary, the approach of the civil war and other circumstances prevented her travel.

During the Civil War

Shortly after the publication of the first edition of her work, the civil war broke out. Mary had always been an anti-slavery partisan and a sympathizer with movements for what she considered progress. She was enlisted on the side of the Union and longed to do something to help the cause. However, Mary did not feel qualified to act as a nurse in military hospitals.

After Mary received an advance copy of Count Agénor de Gasparin‘s Un Grand Peuple Qui Se Releve (“Uprising of a Great People”), she at once saw her opportunity in how she could be of assistance. She took the work to Charles Scribner, proposing he should publish it.

He stated that he would gladly do so if the translation were ready, but that the war would be over before the book was out; but if it could be ready in a week, he would publish it. Mary went home and went to work, receiving the proof-sheets at night and returning them with a fresh copy in the morning. Within a week, the translation was finished and in a fortnight, the book was published.

Nothing else published during the war made such a sensation as this volume. The newspapers of the day were full of reviews and notices, eulogistic and otherwise, according to the party represented. “It is worth a whole phalanx in the cause of human freedom,” wrote Senator Sumner.

The publication of the translation put Mary into communication with Gasparin and his wife, who begged her to visit them in Switzerland. A second edition of the history was published in 1867 and a third edition, revised, appeared in 1880. A large paper edition of the work was taken by well-known book-collectors, extended and illustrated by them with supplementary prints, portraits, and autographs.

One copy, enlarged to folio and extended to nine volumes by several thousand maps, letters, and other illustrations, was owned in the city of New York. Another was owned by Mary, enriched by more than two thousand illustrations on inserted leaves.

For this work, she received praise and encouragement from President Lincoln, Senator Sumner, and other statesmen. During the entire war, she maintained a correspondence with Cochin, Gasparin, Laboulaye, Henri Martin, Charles Forbes René de Montalembert, and other European sympathizers with the Union.

At that time, she also translated the Countess de Gasparin‘s Vesper, Camille, and Human Sorrows, and Count Gasparin‘s Happiness. Documents forwarded to her by French friends of the Union were translated and published in pamphlets, issued by the Union League Club, or printed in the New York journals.

Mary translated Martin‘s History of France. The two volumes treating of The Age of Louis XIV were issued in 1864, and two others, the last of the seventeen volumes of the original work, in 1866 under the title of The Decline of the French Monarchy. It was intended to follow these with the other volumes from the beginning, but, although she translated two others, the enterprise was abandoned, and no more were printed.

Mary received hundreds of appreciative letters from statesmen — Henry Winter Davis, Senator James Rood Doolittle, Galusha A. Grow, Dr. Francis Lieber, Dr. Bell, the president of the Sanitary Commission, and a host of others, among them Cassius M. Clay, and Attorney-General James Speed.

Her translations ran to nearly forty volumes. She had thought of adding to this number, at the request of James T. Fields, an abridgment of George Sand‘s voluminous Histoire de ma vie; circumstances, however, prevented the completion of the work.

In 1867, Mary undertook another enterprise in assuming the management of Harper’s Bazaar, a weekly journal devoted to the pleasure and improvement of the home. For a long time, she had good relations with the Harpers, the four brothers who founded the magazine which bears their name and who conducted its business.

Under her editorial management, it was very successful, numbering its subscribers by the hundred thousand. While she had assistants in every department, she was herself the inspiration of the whole corps.

The influence of such a paper within American homes was highly regarded. Through its columns, its editor made her hand felt in countless families for nearly sixteen years and helped to shape the domestic life of a generation.

Mary lived in New York City, in the neighborhood of Central Park, in a house which she owned, with her longtime companion, Mrs. Anne W. Wright, a friendship that was begun in childhood.

Their house was well-adapted to entertaining. There were always guests, and in the salon, every Saturday night, there was an assemblage of authors, singers, players, musicians, statesmen, travelers, publishers, and journalists.

Mary Louise Booth died in New York after a short illness on March 5, 1889. 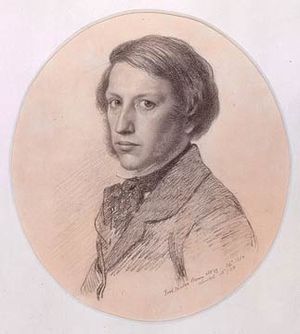