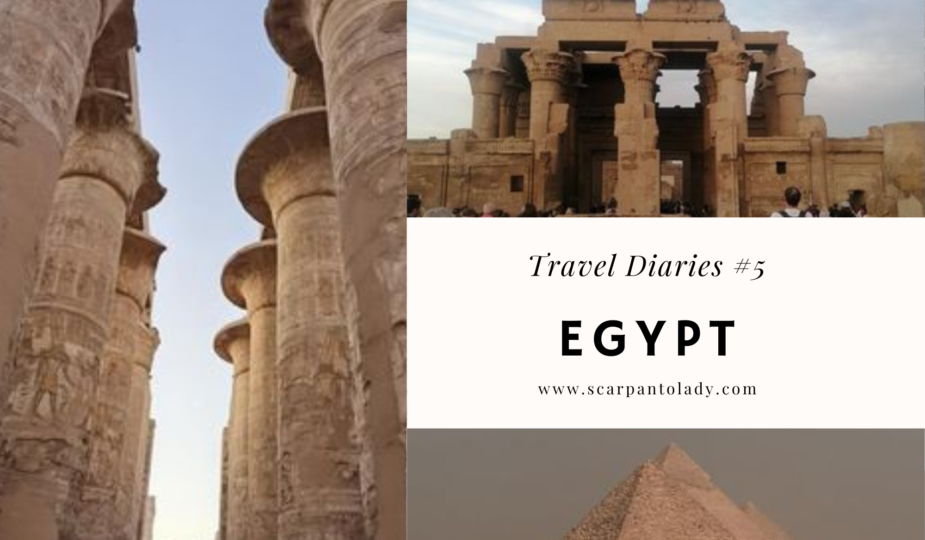 Hello dearest friend and welcome to the fifth chapter of the ”Travel Diaries”!

At the end of November in order to celebrate my recent graduation form college I took a 8-day trip with a travel agency to Egypt.

This trip was a dream come true for the little girl in me that has always been fascinated by the ancient Egyptian culture.

Egypt has one of the longest histories of any country, tracing its heritage along the Nile Delta back to the 6th–4th millennia BCE. During the Neolithic era, several predynastic cultures developed independently in Upper and Lower Egypt.

Unified as one kingdom in 3150 BCE by King Menes it lead to a series of dynasties that ruled Egypt for the next three millennia Considered a cradle of civilisation, Ancient Egypt saw some of the earliest developments of writing, agriculture, urbanisation, organised religion and central government.

Egypt was an early and important centre of Christianity, but became largely Islamised in the seventh century and remains a predominantly Sunni Muslim country.

Alexandria is the second largest city in Egypt and the largest city on the Mediterranean coast. Founded in c. 331 BC by Alexander the Great, Alexandria grew rapidly and became a major centre of Hellenic civilisation, eventually replacing Memphis, in present-day Greater Cairo, as Egypt’s capital.

During the Hellenistic period, it was home to the Lighthouse of Alexandria, which ranked among the Seven Wonders of the Ancient World, as well as the storied Library of Alexandria.

Cairo is the capital of Egypt and the city-state Cairo Governorate, and is the country’s largest city, home to 10 million people. It is associated with ancient Egypt, as the Giza pyramid complex and the ancient cities of Memphis and Heliopolis are located in its geographical area.

Cairo has long been a centre of the region’s political and cultural life, and is titled “the city of a thousand minarets” for its preponderance of Islamic architecture.

All were built during the Fourth Dynasty of the Old Kingdom of Ancient Egypt, between 2600 and 2500 BC. Along with these major monuments are a number of smaller satellite edifices, known as “queens” pyramids, causeways and valley pyramids. The site also includes several cemeteries and the remains of a workers’ village.

The Museum of Egyptian Antiquities is home to an extensive collection of ancient Egyptian antiquities. It has 120,000 items, with a representative amount on display and the remainder in storerooms. Built in 1901 by the Italian construction company, Garozzo-Zaffarani, to a design by the French architect Marcel Dourgnon, the edifice is one of the largest museums in the region.

Khan el-Khalili is a famous bazaar and souq in the historic center of Cairo, Egypt. Established as a center of trade in the Mamluk era and named for one of its several historic caravanserais, the bazaar district has since become one of Cairo’s main attractions for tourists and Egyptians alike. It is also home to many Egyptian artisans and workshops involved in the production of traditional crafts and souvenirs.

Luxor is a modern city in Upper (southern) Egypt which includes the site of the Ancient Egyptian city of Thebes. Luxor has frequently been characterized as the “world’s greatest open-air museum”, as the ruins of the Egyptian temple complexes at Karnak and Luxor stand within the modern city.

Immediately opposite, across the River Nile, lie the monuments, temples and tombs of the west bank Theban Necropolis, which includes the Valley of the Kings and Valley of the Queens.

Karnak comprises a vast mix of decayed temples, pylons, chapels, and other buildings near Luxor, Egypt. Construction at the complex began during the reign of Senusret I (reigned 1971–1926 BCE) in the Middle Kingdom (around 2000–1700 BCE) and continued into the Ptolemaic Kingdom (305–30 BCE), although most of the extant buildings date from the New Kingdom.

The area around Karnak was the ancient Egyptian Ipet-isut (“The Most Selected of Places”) and the main place of worship of the 18th Dynastic Theban Triad, with the god Amun as its head.

Luxor temple is a large Ancient Egyptian temple complex located on the east bank of the Nile River that was constructed approximately in 1400 BCE. In the Egyptian language it was known as ipet resyt, “the southern sanctuary”.

Malkata (‘the place where things are picked up’) is the site of an Ancient Egyptian palace complex built during the New Kingdom by the 18th Dynasty pharaoh Amenhotep III. It is located on the West Bank of the Nile at Thebes, Upper Egypt.

Valley of the Kings

The Valley of the Kings, also known as the Valley of the Gates of the Kings is a valley in Egypt where for a period of nearly 500 years from the 16th to 11th century BC, rock-cut tombs were excavated for the pharaohs and powerful nobles of the New Kingdom (the Eighteenth to the Twentieth Dynasties of Ancient Egypt).

The mortuary temple of Hatshepsut (“Holy of Holies”) is a mortuary temple built during the reign of Pharaoh Hatshepsut of the Eighteenth Dynasty of Egypt. Located opposite the city of Luxor, it is considered to be a masterpiece of ancient architecture. Its three massive terraces rise above the desert floor and into the cliffs of Deir el-Bahari.

The Temple of Edfu is an Egyptian temple located on the west bank of the Nile in Edfu, Upper Egypt, and one of the best preserved shrines in Egypt. The temple was built in the Ptolemaic Kingdom between 237 and 57 BC.

The temple of Edfu is the largest temple dedicated to Horus and Hathor of Dendera. It was the center of several festivals sacred to Horus. Each year, “Hathor travelled south from her temple at Dendera to visit Horus at Edfu, and this event marking their sacred marriage was the occasion of a great festival and pilgrimage.”

The Temple of Kom Ombo is an unusual double temple in the town of Kom Ombo in Aswan Governorate, Upper Egypt. It was constructed during the Ptolemaic dynasty, 180–47 BC with some additions later made during the Roman period.

The building is unique because its ‘double’ design meant that there were courts, halls, sanctuaries and rooms duplicated for two sets of gods. The southern half of the temple was dedicated to the crocodile god Sobek, god of fertility and creator of the world with Hathor and Khonsu.

Meanwhile, the northern part of the temple was dedicated to the falcon god Haroeris (“Horus the Elder”), along “with Tasenetnofret (the Good Sister, a special form of Hathor or Tefnet/Tefnut) and Panebtawy (Lord of the Two Lands).”

Aswan is a busy market and tourist centre located just north of the Aswan Dam on the east bank of the Nile at the first cataract in Southern Egypt. The modern city has expanded and includes the formerly separate community on the island of Elephantine.

Abu Simbel is a historic site comprising two massive rock-cut temples in the village of Abu Simbel, near the border with Sudan. It is situated on the western bank of Lake Nasser, about 230 km (140 mi) southwest of Aswan.

The twin temples were originally carved out of the mountainside in the 13th century BC, during the 19th Dynasty reign of the Pharaoh Ramesses II. They serve as a lasting monument to the king Ramesses II. His wife Nefertari and children can be seen in smaller figures by his feet, considered to be of lesser importance and were not given the same position of scale.

Egypt is a true gem in every aspect and I feel very grateful to have been given the opportunity to visit it for so many days. 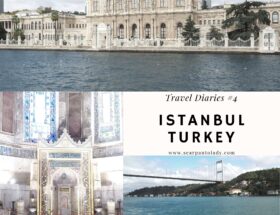 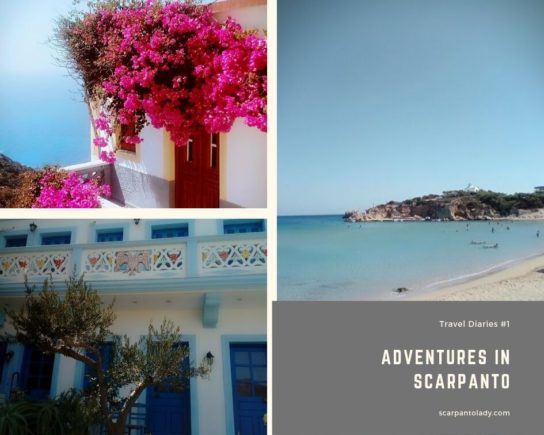 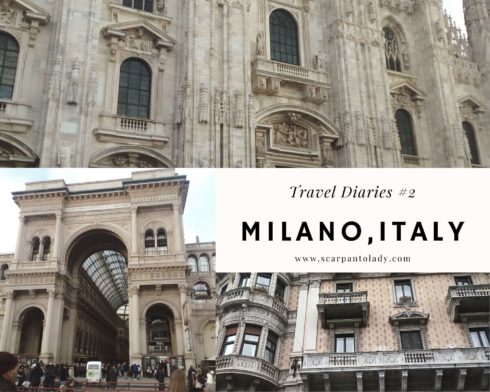