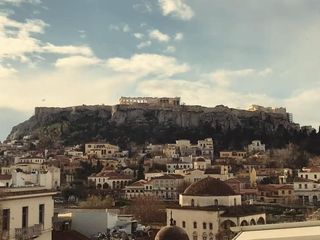 Evangelia is so talented at combining Greek traditional music elements with modern ones and creating amazing and meaningful songs.

Diana Ross is the Queen of soul! This song has so much love and tenderness even though it deals with having unrequited feelings for someone.

When in doubt always go for a disco song! It can never fail to cheer you up…

DJ Pantelis is a hidden gem. This particular song is so full of life and nostalgia that makes you feel differrent emotions all at once.

There is something so unique about arabic songs that is difficult to put into words. This one reminds me of Golden Girls and of tight-knit friendly groups.

This is such a magical instrumental piece that transports us into a more sentimental time and place.

The Fellowshipof the Ring by J. R. R. Tolkien

In ancient times the Rings of Power were crafted by the Elven-smiths and Sauron, The Dark Lord, forged the One Ring, filling it with his own power so that he could rule all others. But the One Ring was taken from him, and though he sought it throughout Middle-earth, it remained lost to him. After many ages it fell into the hands of Bilbo Baggins.

In a sleepy village in the Shire, young Frodo Baggins finds himself faced with an immense task, as his elderly cousin Bilbo entrusts the Ring to his care. Frodo must leave his home and make a perilous journey across Middle-earth to the Cracks of Doom, there to destroy the Ring and foil the Dark Lord in his evil purpose.

With Spider-Man’s identity now revealed, Peter asks Doctor Strange for help. When a spell goes wrong, dangerous foes from other worlds start to appear, forcing Peter to discover what it truly means to be Spider-Man.

Jerry Falk learns a lesson the hard way when he falls in love with the beautiful but flighty Amanda.

A very chic and glamorous cafe with an italian aesthetic that is perfect for enjoying your coffee and brunch by the sea.

Moma has a very modern-looking design and is close to the ancient Agora of Athens making it the ideal choice for a little break between sightseeing. 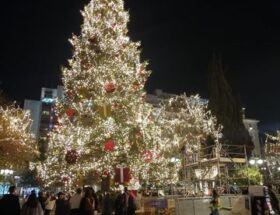