The Mars 7 (also known as 3MP No.51P) spacecraft carried an array of instruments to study Mars. The lander was equipped with a thermometer and barometer to determine the surface conditions, an accelerometer and radio altimeter for descent, and instruments to analyse the surface material including a mass spectrometer.

The bus carried a magnetometer, plasma traps, cosmic ray and micrometeoroid detectors, stereo antennae, and an instrument to study proton and electron fluxes from the Sun.

Built by Lavochkin, Mars 7 was the second of two 3MP spacecraft launched to Mars in 1973, having been preceded by Mars 6.

Two orbiters, Mars 4 and Mars 5, were launched earlier in the 1973 Mars launch window and were expected to relay data for the two landers. However, Mars 4 failed to enter orbit while Mars 5 failed after a few days in orbit.

Mars 7 was launched by a Proton-K carrier rocket with a Blok D upper stage, flying from Baikonur Cosmodrome Site 81/24. The launch occurred at 17:00:17 UTC on 9 August 1973 with the first three stages placing the spacecraft and upper stage into a low Earth parking orbit before the Blok D fired to propel Mars 7 into heliocentric orbit bound for Mars. The spacecraft performed a course correction on 16 August 1973.

Mars 7’s lander separated from the flyby bus on 9 March 1974. Initially, it failed to separate. However, it was eventually released to begin its descent. Due to a retrorocket failure the probe missed the atmosphere of Mars and, instead of landing, flew past along with the coast stage, with a closest approach of 1,300 km (810 mi).

Known faults with the spacecraft’s transistors were blamed for the failure along with that of Mars 4. 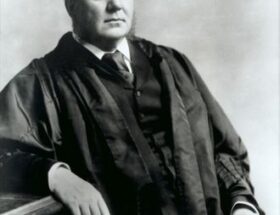