Sofia Villani Scicolone was born on 20 September 1934 in the Clinica Regina Margherita in Rome, Italy. She was the daughter of Romilda Villani, a piano techer and aspiring actress, and Riccardo Scicolone, a construction engineer of noble descent (Loren wrote in her autobiography that she is entitled to call herself the Marchioness of Licata Scicolone Murillo).

Riccardo Scicolone refused to marry Villani leaving her without financial support. Loren met with her father three times, at age five, age seventeen and in 1976 at his deathbed, citing that she forgave him but had never forgotten his abandonment of her mother.

Loren’s parents had another child together, her sister Maria, in 1938. Loren also has two younger paternal half-brothers, Giuliano and Giuseppe. Romilda and her two daughters lived with her mother in Pozzuoli, near Naples.

During the Second World War the harbour and munitions plant in Pozzuoli was a frequent bombing target of the Allies. During one raid, as Loren ran to the shelter, she was struck by shrapnel and wounded in the chin. After that the family moved to Naples, where they were taken in by distant relatives.

After the war Loren and her family returned to Pozzuoli. Loren’s grandmother Luisa opened a pub in their living room, selling homemade cherry liquor. Romilda Villani played the piano, Maria sang and Loren waited on tables and washed dishes. The place was popular with the American GIs stationed nearby.

At age 15, Loren as Sofia Lazzaro entered the Miss Italia 1950 beauty pageant and was assigned as Candidate #2, being one of the four contestants representing the Lazio region.

At age 17 she enrolled in the Centro Sperimentale di Cinematografia, the national film school of Italy and appeared as an uncredited extra in Mervyn LeRoy’s 1951 film Quo Vadis.

That same year she appeared in the Italian film Era lui… sì! sì!, in which she played an odalisque, and was credited as Sofia Lazzaro. In the early part of the decade, she played bit parts and had minor roles in several films, including La Favorita (1952).

Carlo Ponti changed her name and public image to appeal to a wider audience as Sophia Loren, being a twist on the name of the Swedish actress Märta Torén and suggested by Goffredo Lombardo. Her first starring role was in Aida (1953) for which she received critical acclaim.

After playing the lead role in Two Nights with Cleopatra (1953), her breakthrough role was in The Gold of Naples (1954), directed by Vittorio De Sica.

Too Bad She’s Bad (1954) and La Bella Mugnaia (1955) became the first of many films in which Loren co-starred with Marcello Mastroianni. Over the next three years she acted in many films, including Scandal in Sorrento, Lucky to Be a Woman, Boy on a Dolphin, Legend of the Lost and The Pride and the Passion.

Loren became an international film star following her five-picture contract with Paramount Pictures in 1958. Among her films at this time were Desire Under the Elms with Anthony Perkins, based upon the Eugene O’Neill play, Houseboat, and George Cukor’s Heller in Pink Tights, in which she appeared as a blonde for the first time.

In 1960 she starred in Vittorio De Sica‘s Two Women, a story of a mother who is trying to protect her 12-year-old daughter in war-torn Italy. Originally cast as the daughter, Loren fought against type and was eventually cast as the mother.

The film was extremely well received by critics and a huge commercial success. Though proud of this accomplishment, Loren did not show up to this award, citing fear of fainting at the award ceremony. Nevertheless, Cary Grant telephoned her in Rome the next day to inform her of the Oscar award.

During the 1960s, Loren was one of the most popular actresses in the world and continued to make films in the United States and Europe starring with prominent leading men.

In 1964 her career reached its pinnacle when she received $1 million to appear in The Fall of the Roman Empire. In 1965 she received a second Academy Award nomination for her performance in Marriage Italian-Style.

Loren and Cary Grant co-starred in Houseboat (1958). Grant’s wife Betsy Drake wrote the original script and Grant originally intended that she would star with him.

After he began an affair with Loren while filming The Pride and the Passion (1957), Grant arranged for Loren to take Drake’s place with a rewritten script for which Drake did not receive credit.

The affair ended in bitterness before The Pride and the Passion‘s filming ended, causing problems on the Houseboat set. Grant hoped to resume the relationship, but Loren agreed to marry Carlo Ponti instead.

Loren first met Ponti in 1950, when she was 16 and he was 37. Though Ponti had been long separated from his first wife, Giuliana, he was not legally divorced when Loren married him by proxy (two male lawyers stood in for them) in Mexico on 17 September 1957.

The couple had their marriage annulled in 1962 to escape bigamy charges, but continued to live together. In 1965 they became French citizens after their application was approved by then French President Georges Pompidou. Ponti then obtained a divorce from Giuliana in France, allowing him to marry Loren on 9 April 1966.

They had two children, Carlo Ponti Jr, born on 29 December 1968, and Edoardo Ponti, born on 6 January 1973. Loren’s daughters-in-law are Sasha Alexander and Andrea Meszaros and has four grandchildren.

Loren remained married to Carlo Ponti until his death on 10 January 2007 from pulmonary complications.

Loren appeared in fewer movies after becoming a mother. During the 1970s she was paired with Richard Burton in the last De Sica-directed film, The Voyage (1974) and a remake of the film Brief Encounter (1974). The film had its premiere on US television on 12 November 1974 as part of the Hallmark Hall of Fame series on NBC.

In 1976 she starred in The Cassandra Crossing. It fared extremely well internationally and was a respectable box office success in US market. She co-starred with Marcello Mastroianni in Ettore Scola’s A Special Day (1977).

This movie was nominated for 11 international awards such as two Oscars (best actor in leading role, best foreign picture). It won a Golden Globe Award and a César Award for best foreign movie. Loren’s performance was awarded with a David di Donatello Award, the seventh in her career.

Following this success, Loren starred in an American thriller Brass Target. This movie received mixed reviews, although it was moderately successful in the United States and internationally. In 1978 she won her fourth Golden Globe for “world film favorite”.

In 1980, after the international success of the biography Sophia Loren: Living and Loving, Her Own Story by A. Hotchner, Loren portrayed herself and her mother in a made-for-television biopic adaptation of her autobiography, Sophia Loren: Her Own Story.

In 1981 she became the first female celebrity to launch her own perfume, ‘Sophia’ and a brand of eyewear soon followed.

In 1982, while in Italy, she made headlines after serving an 18-day prison sentence on tax evasion charges – a fact that failed to hamper her popularity or career. In 2013, the supreme court of Italy cleared her of the charges.

She acted infrequently during the 1980s and in 1981 turned down the role of Alexis Carrington in the television series Dynasty. Although she was set to star in 13 episodes of CBS’s Falcon Crest in 1984 as Angela Channing’s half-sister Francesca Gioberti, negotiations fell through at the last moment and the role went to Gina Lollobrigida instead. Loren preferred devoting more time to raising her sons.

Loren has recorded more than two dozen songs throughout her career, including a best-selling album of comedic songs with Peter Sellers. Partly owing to Sellers’s infatuation with Loren he split with his first wife, Anne Howe. Loren has made it clear to numerous biographers that Sellers’s affections were reciprocated only platonically.

This collaboration was covered in The Life and Death of Peter Sellers where actress Sonia Aquino portrayed Loren. The song “Where Do You Go To (My Lovely)?” by Peter Sarstedt was said to have been inspired by Loren.

In 1991 Loren received the Academy Honorary Award for her contributions to world cinema and was declared “one of the world cinema’s treasures”. In 1995 she received the Golden Globe Cecil B. DeMille Award.

She presented Federico Fellini with his honorary Oscar in April 1993. In 2009 Loren stated on Larry King Live that Fellini had planned to direct her in a film shortly before his death in 1993.

Throughout the 1990s and 2000s, Loren was selective about choosing her films and ventured into various areas of business, including cookbooks, eyewear, jewelry and perfume. She received a Golden Globe nomination for her performance in Robert Altman‘s film Ready to Wear (1994), co-starring Julia Roberts.

In 1994, a Golden Palm Star on the Palm Springs, California Walk of Stars was dedicated to her.

In Grumpier Old Men (1995), Loren played a femme fatale opposite Walter Matthau, Jack Lemmon and Ann-Margret. The film was a box-office success and became Loren’s biggest US hit in years.

At the 20th Moscow International Film Festival in 1997 she was awarded an Honorable Prize for contribution to cinema. In 1999 the American Film Institute named Loren among the greatest female stars of Golden Age of Hollywood cinema.

In 2001 she received a Special Grand Prix of the Americas Award at the Montreal World Film Festival for her body of work.

She filmed two projects in Canada during this time: the independent film Between Strangers (2002), directed by her son Edoardo and co-starring Mira Sorvino, and the television miniseries Lives of the Saints (2004).

In 2009, after five years off the set and 14 years since she starred in a prominent US theatrical film, Loren starred in Rob Marshall‘s film version of Nine, based on the Broadway musical that tells the story of a director whose midlife crisis causes him to struggle to complete his latest film. Loren was Marshall’s first and only choice for the role.

The film also stars Daniel Day-Lewis, Penélope Cruz, Kate Hudson, Marion Cotillard and Nicole Kidman. As a part of the cast she received her first nomination for a Screen Actors Guild Award.

In 2010 Loren played her own mother in a two-part Italian television miniseries about her early life, directed by Vittorio Sindoni with Margareth Madè as Loren, entitled La Mia Casa È Piena di Specchi and based on the memoir by her sister Maria.

In July 2013 Loren made her film comeback in an Italian adaptation of Jean Cocteau‘s 1930 play The Human Voice, which charts the breakdown of a woman who is left by her lover – with her younger son, Edoardo Ponti, as director. It was her first significant feature film since Nine.

Loren received a star on 16 November 2017, at Almeria Walk of Fame due to her work on Bianco, rosso e…. She also received the Almería Tierra de Cine award. 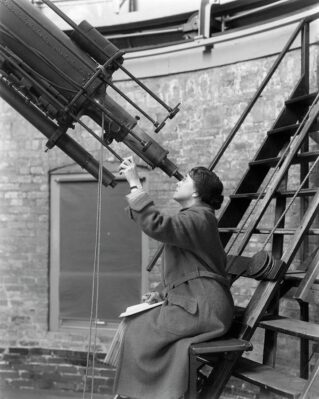 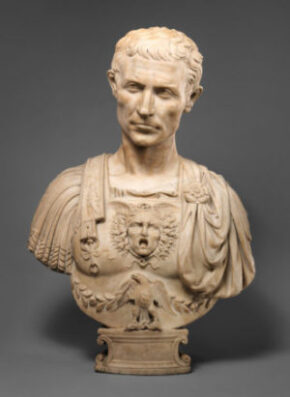