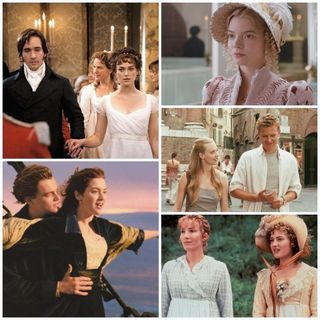 In 1892, Ireland, young tenant farmer Joseph Donnelly tries to kill his landlord Daniel Christie after the latter burned his family home due to unpaid rent. The plan backfires and Joseph, having injured himself in the process is nursed back to health by Daniel’s wife and his young daughter Shannon.

Exploring the theme of two young immigrants seeking their fortune in 1890s America the film also sheds light into the Land Run of 1893, the largest land run in Oklahoma.

Jonathan Trager and Sarah Tomas meet during the Christmas holidays and more specifically the moment they attempt to buy the same pair of black cashmere gloves.

After sharing a dessert at Serendipity 3 they encounter each other again in unexpected ways and decide to spend more time together. They part ways without exchanging phone numbers, leaving the fate of their relationship to the universe.

Years pass and both Jonathan and Sarah have moved on romantically but still search for one another, considering their encounter to be fateful.

The concept of serendipity (an unplanned fortunate discovery) is a common occurence in th world of science and product inventing and can also have other implementations.

Sophie Hall is a young American woman who works as a fact checker for The New Yorker. She and her chef fiancé Victor travel to Verona for a pre-honeymoon.

Sophie discovers that the countless letters left at Juliet’s courtyard are answered by a female group, known as the ”Secretaries of Juliet”.

While helping the women with collecting the letters, Sophie finds an unanswered letter written in 1957 by Claire Smith and immediately replies back.

Some days later and the now-elderly Claire arrives in Verona with her grandson Charlie Wyman, in the hope of finding her long-lost love

Adaline Bowman is a young woman born in the early 1910s. In 1937, shortly after being widowed and while travelling to meet her young daughter Flemming, she crashes her car during a snowstorm and dies in a nearby lake only to be revived by a lighnting.

This miraculous event forces Adaline’s physical appearance to freeze at 29 years of age and complicates matters, leading her to assume a solitary lifestyle as well as many aliases. Until she meets Ellis Jones…

Maria is a young Austrian woman who studies to become a nun at Nonnberg Abbey, Salzburg in the late 1930s. Her youthful enthusiasm and lack of discipline cause some concern to her superiors.

Maria’s life will change when the Mother Abbess decides to send her to the villa of retired naval officer Captain Georg von Trapp to be governess to his seven children since their mother has passed away.

A tentative relationship grows between them but will be abruptly shaken when the ship meets it’s ill fate.

Lucy Honeychurch and her spinster cousin Charlotte Bartlett stay at Pensione Bertolini while on holiday in Florence. Lucy is attracted to free-spirited George Emerson, another English guest. The two share a brief romance before Lucy’s departure.

Upon her return to the repressed Edwardian countryside lifestyle she has been brought up into, Lucy becomes engaged to the wealthy but pretentious Cecil Vyse.

Elizabeth Bennet, the spirited second-born of five daughters lives with her parents and sisters at their estate, Longbourn. Having no son to inherit the estate Mr Bennet can provide little income to his daughters upon his death and so Mrs Bennet plans to secure their futures through suitable marriages.

When the wealthy bachelor Charles Bingley moves into the neighbouring estate Elizabeth develops an instant dislike for his aloof friend Mr Darcy, sentiments that Mr Darcy reciprocates as she is beneath his social class.

After their father’s estate is inherited by his son from his first marriage Mrs Dashwood and her three daughters Elinor, Marianne and Margaret are forced to look for a new home.

Sir John Middleton, a cousin of Mrs Dashwood, offers her a small cottage near his estate, Barton Park in Devonshire. The four women move there and become frequent guests at Barton Park.

Elinor and Marianne experience both love and heartbreak but their opposite characters highly affect the way they act over their struggles.

Emma Woodhouse is a handsome, clever and rich heiress in the 1800s who having no obligation to marry in order to ensure her future enjoys meddling in the love lives of her friends and aquaintances despite the advice of her friend Mr Knightley. (here you can find my whole review of the movie )